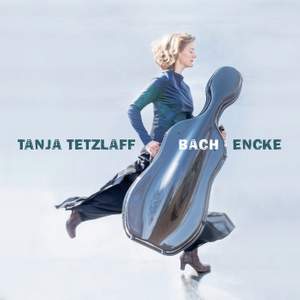 She has worked with notable conductors such as Lorin Maazel, Daniel Harding, Sir Roger Norrington, Philippe Herreweghe, Vladimir Ashkenazy, Dmitrij Kitajenko, Paavo Järvi, Michael Gielen, and Heinz Holliger, amongst others. She is a member of the core ensemble of the Heimbach Festival Spannungen. Her regular chamber music partners include Lars Vogt, Leif Ove Andsnes, Alexander Lonquich, Antje Weithaas, and Sharon Kam. Tanja Tetzlaff is a member of the Tetzlaff Quartett, which she founded in 1994 together with her brother Christian Tetzlaff, Elisabeth Kufferath and Hanna Weinmeister. Tanja Tetzlaff and her duet partner Gunilla Süssmann have recorded three CDs together. The first two were released by CAvi-music featuring Brahms (2012) and a Nordic-Russian programme (2008), and their third disc was released in spring 2018 featuring works by Finnish composer Einojuhani Rautavaara.