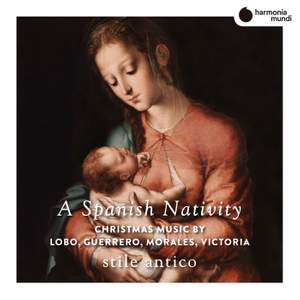 The centrepiece of the disc is the superbly rich and luminous Missa Beata Dei genitrix Maria by Alonso Lobo. Interspersed between its movements are motets by Tomás Luis de Victoria, Francisco Guerrero and Cristóbal de Morales, an exuberant ‘ensalada’ by Mateo Flecha and classic villancicos - Spain’s answer to the traditional carol.

In the sacred music, Stile Antico deliver performances of admirable contrapuntal clarity, sonic bloom and opulence; devotees of their approach won’t be disappointed. They could hardly dispute, however, that the secular pieces come off second best.