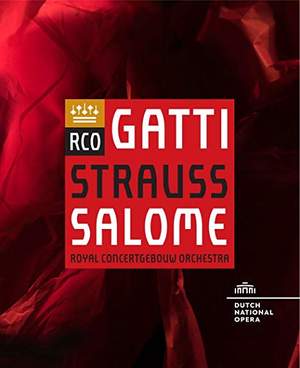 After Riccardo Chailly started the RCO’s celebrated association with the Dutch National Opera with masterpieces by Verdi and Puccini, Mariss Jansons continued with unforgettable Tchaikovsky and Shostakovich productions. With brilliant performances of Verdi’s Falstaff, Daniele Gatti (then not yet as chief conductor) started a new chapter of this collaboration. Their spectacular 2017 production of Richard Strauss’ Salome is another highlight in the already impressive list.

"If you were going to see just one Salome in your life, this would be a good choice" ***** Shirley Apthorp, Financial Times

"What a magma of sound!" ***** Merlijn Kerkhof, Volkskrant

"The level of precision and the way Gatti gradually increases the tension is almost unbearable… The effect is overwhelming and leaves the listener breathless." ***** Peter van der Lint, Trouw