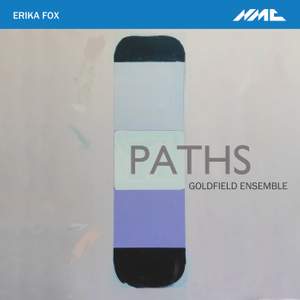 • Erika Fox was born in Vienna in 1936 and came to England at the age of 2 as a war refugee. She grew up in a Hasidic rabbinical family, where music, dancing, rituals and a belief in miracles were part of daily life. She won a scholarship to the Royal College of Music, London, where she studied piano with Angus Morrison and composition with Bernard Stevens. Further studies with Jeremy Dale Roberts and Harrison Birtwistle.

It is incredibly rare to stumble across a virtually unknown or forgotten composer whose music genuinely excites and delivers, piece after piece. Erika Fox’s language is bold, feisty, uncompromising and astonishingly fresh. A highly distinctive style has emerged from a childhood suffused with music of Eastern European origin. Hasidic music, liturgical chant embellished with heterophony mingle with modal ancient melodic lines reminiscent of Eastern European folk music. She is a composer who is constantly energised by sound and its inexhaustible possibilities. Kate Romano (Artist Director of the Goldfield Ensemble) In the 1970s, Erika was actively involved with the Fires of London, the Nash Ensemble, Dartington, and the Society for the Promotion of New Music (SPNM). Between 1974 and 1994 her works were regularly performed at London's South Bank Centre, at major festivals and were regularly broadcast in the UK and abroad, but then it all stopped ...

We are delighted to bring her music to a new audience on this first commercial album and have selected six chamber pieces spanning a 25 year period (1980 - 2005). They represent the depth and scope of Fox’s music and are a fine introduction to her extraordinary musical imagination. Erika says "I have always been interested in theatre and ritual, as a means of containing human drama within boundaries. Since my music owes almost nothing to Western musical tradition, and almost everything to my childhood memories of Jewish Liturgical chant and fragments of Hasidic melody, there is no harmonic development as such, rather single melodic lines, often in heterophony, held together by dint of varied repetition,

and moulded, sometimes by use of percussion, to provide a ritualistic and perhaps theatrical whole."

In these chamber works from the 1980s and early 2000s her thoughts rarely arrive vertically; almost everything is horizontal, rolling inexorably towards some unknown goal, sometimes violently, sometimes becalmed, often twisted in knots. Fox’s music is challenging, definitely, but also bracing

The playing of the Goldfield Ensemble is consistently brilliant, and Fox could not ask for more committed and sympathetic performances...this is an absolutely essential album containing music that should be heard by as many as possible, as many as have an interest in organized sound fearlessly prescribing its own boundaries.

Through her innovative writing for percussion and violin in particular, she has such an extraordinary knack for creating quasi-orchestral sound-worlds from slender forces that I had to check the booklet to confirm the instrumentation for several of the works. Everything here’s worth hearing, but the elegiac, klezmer-inflected Café Warsaw was the stand-out for me.

The Vienna-born British composer has been neglected in recent years, but this disc of four ensemble pieces and one for piano affords her an intriguing showcase...Fox’s idiom is refreshingly unusual — exotic and anti-harmonic, a ritual of untethered lines.

Paths is an intriguing introduction to the vivid soundworld of Erika Fox, with faint musical echoes of her Hasidic upbringing.