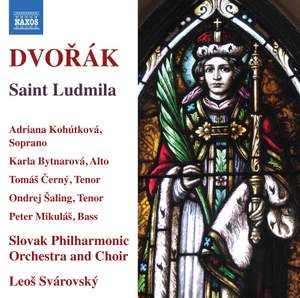 Antonín Dvorák’s success in Europe during the 1880s led to invitations to visit England and the commissioning of his oratorio Saint Ludmila for the Leeds Festival. It tells the moving and turbulent story of Ludmila’s conversion to Christianity, an important event in Bohemian history that led to her becoming Bohemia’s patron saint. Written for large forces and with a predominant part for the chorus in the tradition of Handel, Saint Ludmila is full of Dvorák’s typical warmth and melodic beauty, and stands alongside his Stabat Mater and Requiem as one of his greatest works.