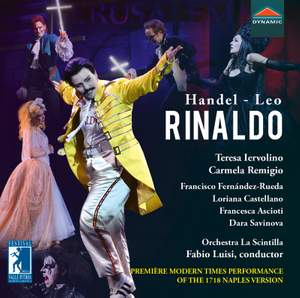 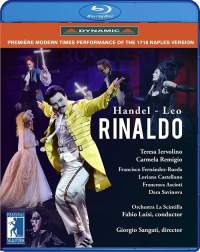 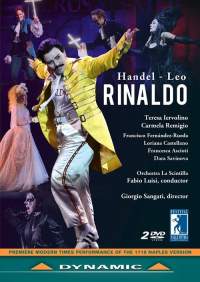 Presented by the Festival della Valle d’Itria, this is the first modern-day staging of Leonardo Leo’s Neapolitan revision of Handel’s Rinaldo, a pastiche with a Mediterranean allure, which was composed in 1718 but considered lost until a few years ago. The story behind this rare opera is fascinating: the score of Handel’s masterpiece was brought illegally to Naples by the castrato singer Nicolò Grimaldi, who had performed Rinaldo in London. Once in Italy, the work was given a makeover by local composers, including Leo, who adapted it to the taste of the Neapolitan public, adding intermezzos and amusing characters. Director Giorgio Sangati has transformed Leo’s revision into a ‘ba-rock’ opera set in the 1980s, where the struggle between Christians and Turks is re-imagined as a battle between pop-rock singers (the Christians) and heavy-metal performers (the Turks). The two factions represent opposite perspectives on life and love. Conductor Fabio Luisi leads the Ensemble La Scintilla, a group of specialists in Baroque repertoire.

Sangati’s staging, mixing (vaguely) 18th-century costumes, Venice carnival masks and modernist camp, is unpretentious and uncluttered. The substitute arias, often short-breathed, cannot rival Handel’s energy and melodic breadth, and a few outstay their welcome. But they are effective enough… Luisi judges tempo and character well and gets spruce playing from his band…. Just don’t expect more than a smattering of Handel.

Hardline Handelians will probably dismiss Leo’s adaptation as a travesty…Nevertheless, those fascinated by 18th-century operatic convention and history will find much here to intrigue them.