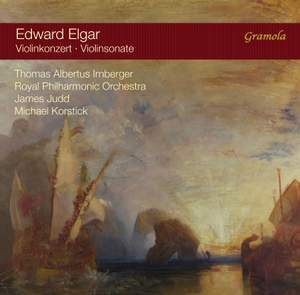 Edward Elgar, the most prominent representative of the British Empire in music, completed his violin concerto, which was commissioned and premiered with great enthusiasm by Fritz Kreisler, in 1910. It is said that Elgar never spoke emotionally about his own music with the striking exception of this one work, about which he uttered the words 'I love it'. Violinist Thomas Albertus Irnberger from Salzburg, Austria, presents this popular work here with the London Royal Philharmonic Orchestra under the baton of James Judd in a particularly beautiful interpretation which pays special attention to the tempo indications noted on Elgar’s score. In addition, Elgar’s sonata for violin and piano will be heard on this SACD, also featuring Irnber-ger in collaboration with the great German pianist Michael Korstick.