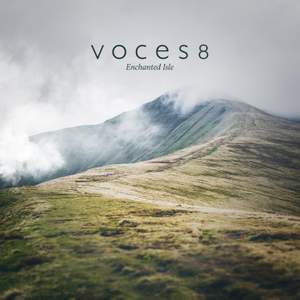 As a concept, this collection of songs inspired by rugged British landscapes is intriguing. The delivery is powerful, but borders on twee at moments. — BBC Music Magazine, April 2019, 2 out of 5 stars

trad.: My Luve is like a Red, Red Rose (Arr. Ešenvalds)

Runestad: Let My Love Be Heard

Wintory: I was born for this (Arr. Lawson)

Hession: She walks in beauty

Featuring music from Radiohead (Pyramid Song), Enya, Lord of the Rings and Game of Thrones.

New arrangements of Scottish and Irish melodies sit alongside compositions set to texts by some of the greatest English poets.

Music originally written for film or television is reimagined to create sonorities reminiscent of watercolour landscapes or carefully chiselled sculpture.

Enchanted Isle casts a contemporary eye on the landscape of rolling hills and green valleys, rugged mountainsides and hidden villages.

The second single on this album features Sibéal.

As a concept, this collection of songs inspired by rugged British landscapes is intriguing. The delivery is powerful, but borders on twee at moments.