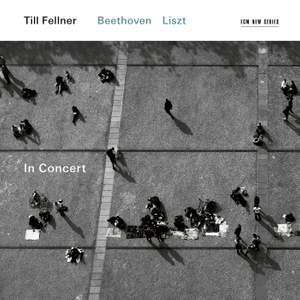 The Liszt is immaculately controlled, each of the nine pieces vividly characterised. His use of pedal is surprising, and his sound is wonderfully clean and precise. His effects are fastidiously... — BBC Music Magazine, February 2019, 4 out of 5 stars (Performance) / 3 out of 5 stars (Recording) More…

Speaking to the New York Times in 2007, Alfred Brendel said of fellow pianist Till Fellner: It has impressed me how ambitiously he has developed his repertory, being equally at home in solo and concerto repertoire, chamber music and lieder... I heard him do the best live performance of Liszts Années de pèlerinage. Fellners insightful playing of the Premiere année from that collection of suites, underlines the contention, vividly conveying Franz Liszts literal and imaginative journeys. Having recently travelled to many new countries, wrote the composer in 1855, through different settings and places consecrated by history and poetry, and having felt that the phenomena of nature and their attendant sights stirred deep emotions in my soul, I have tried to portray in music a few of my strongest sensations and most lively impressions. Fellners account of Liszt was recorded at the Musikverein in Vienna in 2002. It is paired here with a concert recording of Beethovens Sonata No 32, recorded at the Mahaney Center for the Arts in Middlebury, Vermont in 2010, the year in which ECM released Fellners interpretation of Beethovens Piano Concertos Nos 4 and 5 to a chorus of critical acclaim.

The Liszt is immaculately controlled, each of the nine pieces vividly characterised. His use of pedal is surprising, and his sound is wonderfully clean and precise. His effects are fastidiously calculated…This was a superb recital. The first movement of the Beethoven is disappointing…Yet Fellner amply redeems himself with the finale…Seldom does one hear this visionary music ring with such serene finality.

Liszt emerges bold, direct, uncompromising and almost overwhelmingly powerful…His performances of Op. 111 is informed by the same qualities of self-effacement, probative depth and sheer-joy in the music that make his Liszt so special. This is important playing of breathtaking finesse and integrity. It will leave you wanting more.

Fellner’s ‘Wallenstadt’ is magnificent, flowing joyfully while melding late Liszt with the mistiness of the Impressionists. Throughout, Fellner offers a sort of revelling in the piano sound reminiscent of Schiff. He rightly conjures a more severe world for Beethoven’s final sonata. Fellner’s mastery is in the second movement, unfolding beautifully but with decidedly varied terrain. The path to Elysium, for him, is no easy one.