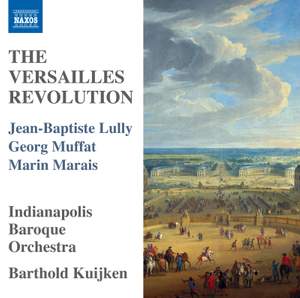 The Italian-born violinist and dancer Jean-Baptiste Lully revolutionised music at the French court in the 17th century. Not only did he transform ballet entertainments into a spectacular new genre, the tragédie lyrique, but he set new standards in orchestral playing – with him the 'modern' orchestra was born. The Suite from Roland exemplifies the majesty of his ouvertures, the beauty of his dance movements and the expressive depth of his chaconnes. Both Georg Muffat and Marin Marais were profoundly influenced by Lully, as their inventive suites show, and Muffat's own preserved performance instructions have been closely followed on this recording.

The second very fine release from this source – more, please.