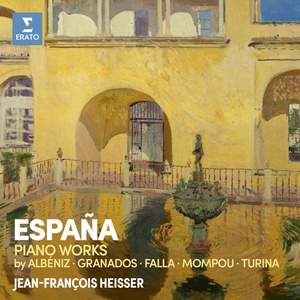 In the musical world of the late 19th and early 20th centuries, the interaction between Spain and France was close and fruitful. The works of such composers as Albéniz, Granados, Falla, Turina and Mompou – colourful, sensual and haunting – have long fascinated the French pianist Jean-François Heisser. A pupil of Vlado Perlemuter (who famously studied with Ravel), Heisser has described his attachment to Spanish music as “visceral, inexplicable and primordial”. Gramophone has praised him for “a purity of style, an elegance, a simplicity but a verve” that mark him out as an exceptional interpreter of this repertoire.