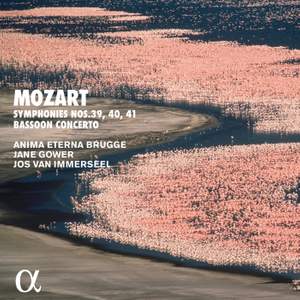 During a scant ten weeks in the summer of 1788, Mozart wrote three outstanding symphonies, highly innovative in their complexity and length. He was thirty-two and living in Vienna, a city which had offered him numerous opportunities in the past. Musically, it had provided a platform combining excellent musicians and enthusiastic audiences. In more personal terms, it was the place where he had freed himself from the emotional pressure exerted by his father Leopold and his former employer, the Archbishop of Salzburg. However, Viennese audiences were no longer interested in his masterful modernist compositions. When Mozart composed these, his last three symphonies, he was thought of as a ‘dissonance hunter.’ In this symphonic ‘trilogy,’ Mozart illuminates all aspects of human expression, quite independently of his personal situation. Each work presents a different character. No. 39 in E flat major contains numerous elements reminiscent of chamber music, while no. 40 in G minor makes clear references to opera. No. 41 in C major includes formal elements from Baroque music (overture, concerto, fugue). Its synthesis of sonata form and fugue was, and still is, a tour de force that could only have been written by Mozart.