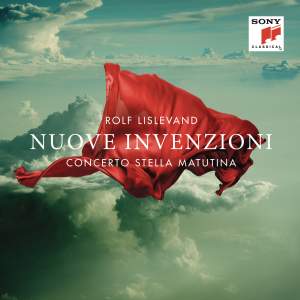 Rolf Lislevand and Concerto Stella Matutina first worked on a project in 2011, which would result in a prosperous collaboration in concert series and now, the release of their first CD together. The album is a mix of baroque and jazz as well as improvised passages with music arranged for the 12 people orchestra by Andrea Falconieri, Giovanni Girolamo Kapsberger, Girolamo Frescobaldi, Johann Heinrich Schmelzer and Vincenzo Albrici. Bringing the elements of baroque and jazz together and developing a new kind of music by optimizing the instruments of Early Music and giving each instrument section its moment on the recording was the goal of this release. With this intimate and wel lmixed recording, the musicians did not aim to create crossover music or fit into any other genre but rather generate a sound that is a symbiosis of different musical elements.