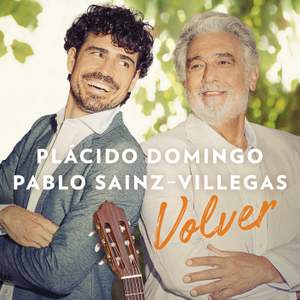 Carrillo, A: Sabor A Mi

Legendary tenor Plácido Domingo partners with the “global ambassador of Spanish guitar” (Billboard Magazine), Pablo Sáinz-Villegas. This is an authentic and intimate album: the voice of Plácido Domingo has never been captured in such an intimate way before. Through this new album, both artists are coming back to their common roots. Plácido Domingo and Pablo Sáinz Villegas are approaching famous Iberian and Latin-American songs such as Spanish coplas, nostalgic fado, Mexican bolero with new arrangements by 12-time Grammy Award winner Rafa Sardina. The album includes an attractive and accessible selection of songs such as Gracias a la Vida (inducted into the Latin Grammy Hall of Fame), Volver and Sabor a mi.