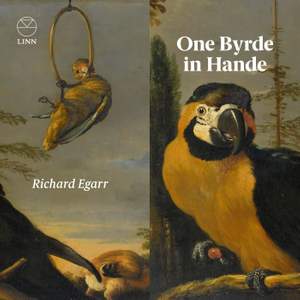 One Byrde in Hande

Egarr explores with affection and intelligence the rich world of Byrd’s keyboard music, on a modern copy of a Ruckers harpsichord. Bells is a real gem. — BBC Music Magazine, August 2018, More…

Richard Egarr’s impressive career, both as a solo keyboardist and conductor (notably with the Academy of Ancient Music), has cemented his reputation as one of the UK’s most compelling musicians.

In his debut solo recording for Linn, Egarr charts the extraordinary breadth of invention at play in works by William Byrd.

One of English music’s most influential figures, Byrd’s innovative style is evident throughout this well-chosen program of preludes, grounds and fantasies.

Egarr similarly relishes the technical demands of Byrd’s descriptive masterpiece, The bells. This incredible composition begins with a single toll before developing into an elaborate and thrillingly complex showpiece of pealing bells.

Egarr explores with affection and intelligence the rich world of Byrd’s keyboard music, on a modern copy of a Ruckers harpsichord. Bells is a real gem.

At first glance, the selection looks challengingly serious… Yet Egarr has no problem keeping our attention. The sheer sound of his playing is one thing, produced on a crisp, punchy but resonant Ruckers copy… It has a fruity bass; but Egarr also manages to make it sing sweetly in the middle and high registers…An outstanding celebration of Byrd as one of the first keyboard greats.