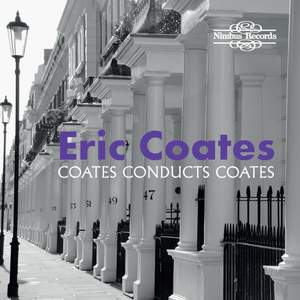 Coates, E: The Jester at the Wedding

No. 1 The Princess Arrives - March

No. 4 The Dance Of The Orange Blossoms - Valse

I. In the Country - Rustic Dance

II. A Song By The Way - Romance

Coates, E: For Your Delight - Serenade

Coates, E: A Song of Loyalty

Coates, E: By the Sleepy Lagoon

I. The Man From The Country

II. The Man About Town

III. The Man From The Sea

Yondani Butt was born in Macau. He studied conducting with Wolfgang Vacano (1906–1985) at Indiana University, majoring in chemistry. He continued to study conducting with Josef Blatt (1906–1999) at the University of Michigan while pursuing his chemistry degree. Hailed by Robert Marsh of the Chicago Sun Times as 'an outstanding talent', Yondani Butt has received acclamation from critics and audiences for his many CD recordings and concert performances. He died on 28th August 2014.