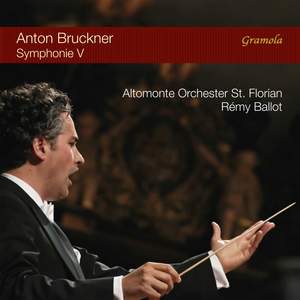 The 20th anniversary of the Bruckner Festival in St. Florian in 2017 was celebrated with the Fifth Symphony, B major WAB 105 by Anton Bruckner. Interpreted by the Altomonte Orchestra with maestro Remy Ballot – the brilliant pairing which since 2011 has been honored with numerous international prizes – the 'Fantastical' (cit. Bruckner) came to be a truly worthy culmination of the festival. Through the interaction with the unique acoustics of the Priory Basilica, the abysses of deep despair Bruckner was afflicted with during the time of composition come to light, but also the strength and force which kept him alive. 'The conclusion of the 4th movement, the incomparable so-called final coda of the Fifth, is one of the most convincing messages of confident optimism ever written by human hand.' (Klaus Laczika).