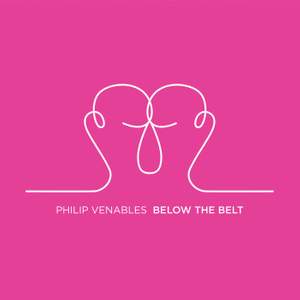 Philip Venables: Below The Belt

Some of the works on this album contain strong language and sexual references. Suitable for ages 18+ only.

We can think of no better way to kickstart the second series of Debut Discs (NMC’s acclaimed showcase for gifted early-career composers) than this explosive new album by Philip Venables! Venables is best known for his operatic and theatrical works, exploring themes of sexuality, violence and politics. His music has been described as “brutally effective” (The Times), “duly playful and occasionally disturbing” (The Guardian), and “a dark and violent portrait of sexual desire” (SoSoGay.com). He made his Royal Opera debut with 4.48 Psychosis (dir. Ted Huffman) – the first ever permitted adaptation of any of Sarah Kane’s work – which won the UK Theatre Award in 2016, a British Composer Award in 2017, and was nominated for both an Olivier Award and a Sky Arts Award.

This album includes The Revenge of Miguel Cotto, a performance piece inspired by two boxers, Miguel Cotto and Antonio Margarito, and scored for ensemble, voices, and two punchbags. Four miniatures, each inspired by one of Benjamin Britten’s Six Metamorphoses after Ovid for solo oboe (Melinda Maxwell) and Numbers, set to the poems of Simon Howard and mixing spoken text with chamber music. The brilliant, ferocious and funny Illusions, featuring David Hoyle's impassioned rant about everything from politics and gender to sodomy and revolution, is the perfect showstopping finale to this eclectic release.