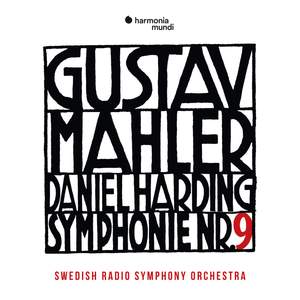 A measured reading of Mahler’s Ninth with a convincing balance between short-term excitements and long-term continuity, that would offer any first-time listeners a fair representation of its... — BBC Music Magazine, June 2018, More…

As the last completed symphony that Mahler wrote, the Ninth has often been heard by audiences as the composer’s swan song: a nostalgic, moving farewell from a composer conscious of his own mortality. This interpretation is of course easily justifiable, as etched into the musical fabric of the symphony are references to the tragedies that befell the composer in the years before his death. Furthermore, it is wholly plausible that for a man as melodramatic as Mahler, the idea of a symphony that centres around themes of loss and finality would surely have been an appealing prospect. Nonetheless, although the symphony certainly has its fair share of poignant and contemplative moments, it is much more than just a musical epitaph. Indeed, one should bear in mind that when the Ninth was written, Mahler was already preparing for various conducting commitments in the USA, and began work on the Tenth soon after the Ninth was completed. This was not a composer on the cusp of death. Composed over two summers at the composer’s Alpine retreat in Toblach (now Dobbiaco) between 1908 and 1909, the Ninth was written in the wake of several life-changing events for Mahler. In 1907, his eldest daughter Maria Anna died from scarlet fever at only 4 years old, and soon after Mahler was diagnosed with the heart condition which would ultimately kill him come 1911. Furthermore, in the same year Mahler resigned from his position as the director of the Vienna Court Opera, a role he had cherished during his tenure despite mounting criticism. For a composer who so consistently composed the world around him into his symphonies, it is no surprise that references to these events found their way into the Ninth, and arguably imbue the drama of the first and last movements in particular with an additional degree of poignancy. The symphony opens tentatively, with a stuttering rhythmic motif which might easily be heard as a depiction of the composer’s failing heart, and, four movements later, closes with a ‘dying away’ (ersterbend) chord of Db major which teeters on the edge between sound and silence, love and loss, life and death. The poetic narrative between these two events encompasses many of the tropes of Mahler’s late style, as well as an array of subtle references to his life and world in these troubled years.

A measured reading of Mahler’s Ninth with a convincing balance between short-term excitements and long-term continuity, that would offer any first-time listeners a fair representation of its emotional and structural stature.

This is a searing, strong and honest account of Mahler’s final completed symphony from Harding. He counters the sense of impending tragedy in the opening movement with a cogent view of its tumultuous, complex symphonic argument.