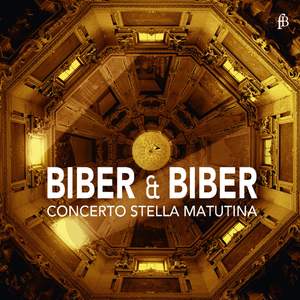 The international music world has long been familiar with both the name and music of Biber. Violinists regularly perform Heinrich Ignaz Franz Biber’s virtuoso violin sonatas, whatever their stylistic approach – modern, baroque or ‘hip’ (historically informed performance practice). Listeners too are now familiar with the legendary ‘Rosenkranz’ sonatas, composed by the musician once in service of Bishop Karl Liechtenstein- Kastelkorn. The magnificent sacred music that Heinrich Ignaz Franz Biber von Bibern (ennobled by the emperor Leopold I) wrote as the prince-bishop’s Kapellmeister forSalzburg cathedral has also been highlighted in various festivals and recordings over recent years. Perhaps only scholars are aware of the fact that Biber also held the position of ‘Truchsess’ (lord high steward) to the archbishop and was therefore responsible for the princely table. And as it turned out, one of the virtuoso violinist’s eleven sons (the eighth) succeeded his father in this honourable office. This may justifiably be considered an interesting but marginal detail of Salzburg history, but as you will no doubt appreciate after listening to this world premiere recording, the eighth child Carl Heinrich Biber, born on September 4th 1681 in Salzburg, had an important, even formative influence on the city’s musical life, and that only a few years before Mozart’s birth!