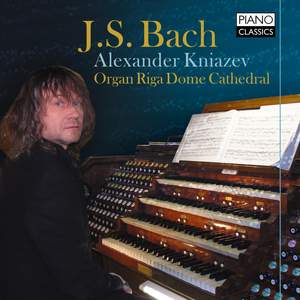 Alexander Kniazev is not only one of the most remarkable and sought‐after cellists of today, he is also an exceptional organist, his recording of the Goldberg Variations on the organ was met with great critical acclaim.