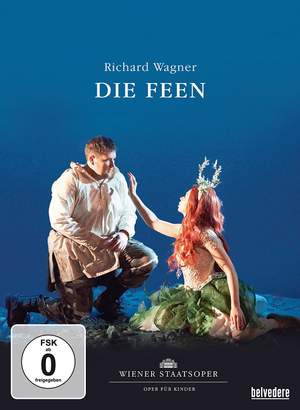 Once upon a time, a Prince was hunting at night, his name was Prince Arindal and he encounters a beautiful fairy called Ada. It was love at first sight and they fell in love immediately. Arindal decides that he should always be at Ada's side in the fairy realm. The Fairy king warns that if Arindal should ever leave Ada alone for longer than a year, then she will turn into stone. The Prince finds himself having to leave Ada- will he be back in time? The Fairies/ Die Feen is a charming fairy tale about the magic of love and music.