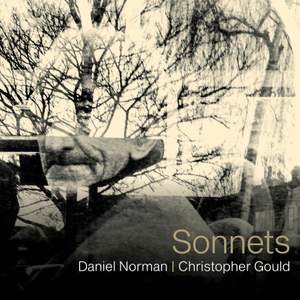 Dankworth: Shall I compare thee to a summer's day?

Ellington: My love is as a fever

No. 5, What If This Present

No. 7, At the Round Earth's Imagin'd Corners

A beautifully varied programme of sonnet settings which explores the many faces of love, both erotic and godly. Britten’s thrilling Michelangelo Sonnets are followed by virtuosic vocal and pianistic fireworks in Liszt's Petrarch Sonnets. Next, a palate-freshening pair of Shakespeare jazz settings by Johnny Dankworth and Duke Ellington (probably the first time Ellington and Liszt have appeared together since the 1934 film Murder at the Vanities). The main programme ends with Britten's soul-searching John Donne songs. As an encore, we hear a sublime performance of Liszt's Oh! quand je dors – not a sonnet, but the relevance soon becomes clear. This disc is accompanied by texts and translations, including the Symonds version of the Michelangelo sonnets that Britten used when composing – very different to the sanitised translation published in the score.