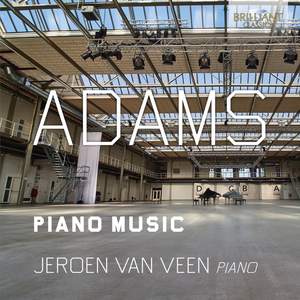 “Minimalism, but not as you know it”, thus described The Guardian the John Adams’ music.

John Adams (born 1947) is active in almost every musical genre, from opera to film scores, jazz and chamber music. His original and openminded style has captured audiences worldwide and well beyond the boundaries of strict classical music.

In his (surprisingly few) piano works Adams uses a wide variety of techniques and styles, while addressing a vast scope of emotions, from loud, rough and spiky to delicate and flowing simplicity.