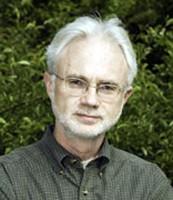 John Coolidge Adams is an American composer and conductor of classical music and opera, with strong roots in minimalism.

Among over 60 major compositions are his breakthrough piece for string septet, Shaker Loops (1978); his first significant large-scale orchestral work, Harmonielehre (1985); the popular fanfare Short Ride in a Fast Machine (1986); and On the Transmigration of Souls (2002), a piece for orchestra and chorus commemorating the victims of the September 11, 2001 attacks, which won the Pulitzer Prize for Music in 2003.