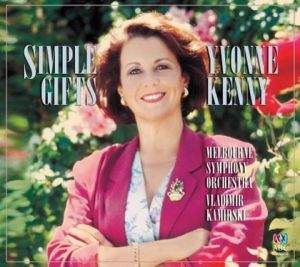 trad.: The Last Rose of Summer

trad.: I know where I'm going

The premise was simple: Kenny's uncle Murray asked his internationally famous diva niece why he didn?t make a recording of things he liked. The result is an album that incorporates opera arias, sacred works and folk tunes - an album of touching treasures.