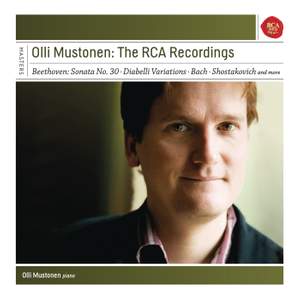 No. 10, The Highland Watch (Air écossais)

Finnish pianist-composer Olli Mustonen’s recordings of Preludes and Fugues by Bach and Shostakovich were released in 1999 and 2004. “Perhaps only an artist as innovative and convincing as Mustonen could have made it work as well as it does,” wrote BBC Music Magazine of the first volume. Of the second, Gramophone wrote that “one cannot deny either the brilliance or imagination of his playing”. It is reissued here along with a second disc of Beethoven featuring works including the E major sonata op. 109.