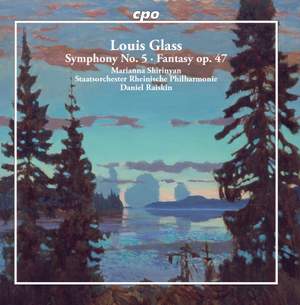 The theosophical worldview, to which Louis Glass increasingly felt drawn, found expression in only a very few of his compositions. Of all the works influenced by theosophy, the fifth symphony from 1919-20 is the one based on the most extensive overall idea. His Fantasia for Piano and Orchestra above all adheres to the works introspective motto alluding to theosophy: From the spirits eternal canopy, tones calling man sound down. And man turns away from the world and remains alone in order to find peace