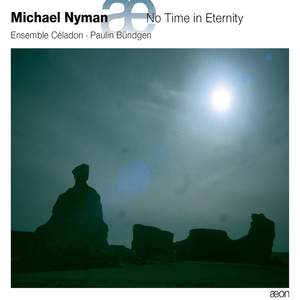 While You Here Do Snoring Lie

Where the Bee Sucks There Suck I

Nyman: Songs for Ariel: Before You Can Say Come and Go

Patrick: Send forth thy sighs

Nyman: Songs for Ariel: Come Unto There Yellow Sands

Céladon Ensemble underlines the obvious artistic connections between the music of

This release is a clever mix of genres that points out to surprising similarities between these works: we could easily believe that Tye’s Sit Fast was composed very recently.

This parentage, harmonic, rhythmic and poetic logic, opens a whole field of exploration into sound identity and tradition.

Both composers, belonging to remote eras, dealt with timbre fusion in a similar way to create a full-bodied sound, both powerful and soothing.

The intensity of a violas consort that carries a certain magic, the paradoxical expression of a voice which is solitary but also becomes a sixth instrument, one of the violas.