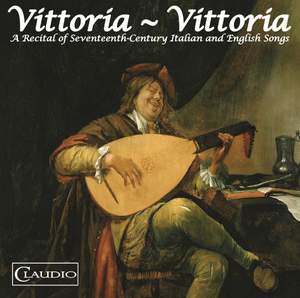 A Recital of Seventeenth-Century Italian and English Songs

The absolutely silent atmosphere of St Margaret's Putney is superb for a very fine but very simple recording. It all sounds like a quartet of performers sitting between the speakers and playing... — MusicWeb International, December 2017 More…

Purcell: Begin the song, and strike the living lyre, Z183

Dowland: In this trembling shadow cast

Richard Wistreich graduated in English Literature from King’s College, Cambridge, where he was also a member of its world-famous choir, cementing his life-long passion for both words and music. As a young professional singer in the 1970s and 1980s, he was fortunate to be part of the extraordinary energy and creativity of the historical performance revival in Europe, and sang with some of the seminal ensembles, notably the Consort of Musicke and the Taverner Consort. He also sang all over the world as a soloist in Baroque opera and oratorio, in recitals of sixteenth and seventeenth century song together with lutenists including Robin Jeffery, Nigel North and Elizabeth Kenny, and on innumerable commercial recordings. Equally committed to contemporary music, in 1989 Richard Wistreich formed the ensemble Red Byrd, together with John Potter. Besides making a series of ground-breaking recordings of music ranging from 12th century organum, through Purcell and Monteverdi, to newly commissioned works by contemporary composers, Red Byrd often performed old and new music side by side in the same concerts, aiming to employ abiding values of vocality learned from historical performance – flexibility of voice and clarity of expression – in order to present all kinds of sung text to listeners as directly as possible. The present recording of seventeenth-century solo song was made in 1987, at a time when most of the music performed was pretty well forgotten, and had to be recovered from manuscripts and early printed books.

The absolutely silent atmosphere of St Margaret's Putney is superb for a very fine but very simple recording. It all sounds like a quartet of performers sitting between the speakers and playing to the listener. A privilege indeed.