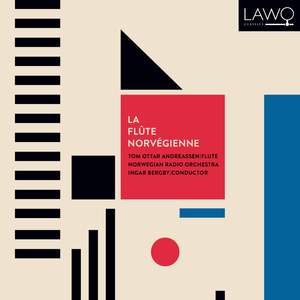 A successful debut concert in Oslo in 1993 with the orchestra under the direction of Antonio Pappano led to numerous appearances as soloist and chamber musician at many Norwegian festivals.

This disc offers some premiere recordings of 20th Century Scandinavian compositions, both solo and with orchestral accompaniment.

The Norwegian Radio Orchestra is a flexible orchestra, playing everything from symphonic and contemporary classical music to pop, rock, folk and jazz. Every year the orchestra performs together withinternationally acclaimed artists at the Nobel Peace Prize Concert, which is aired to millions of viewers worldwide.