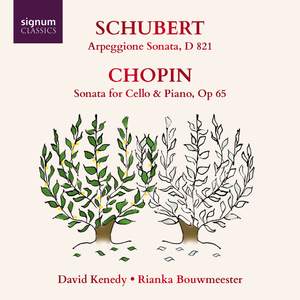 first time in a new recording of two late works by Chopin and Schubert. In this very personal recital, Kenedy explores his own musical history and connection with the songs of Schubert: The Arpeggione Sonata is one of Schubert’s most lyrical instrumental works, almost a song cycle in itself, whilst Chopin’s passionate Sonata brims with feeling, as well as quoting musically from Schubert’s Winterreise in several places.