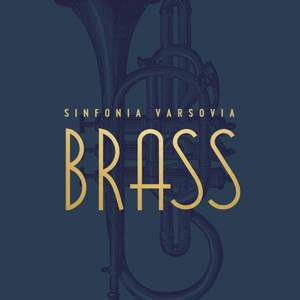 “This is probably the first such CD on the Polish music market. The legendary brass section of Sinfonia Varsovia, enriched by a rich and varied percussion, has produced a phenomenal album of film-inspired music,” wrote Paweł Sztompke. “The forgotten tradition of jazz big bands and military bands, combined with a brilliantly tuned classical brass section – all this makes for a world of sound never heard before in our professional music scene.”

The 13-strong brass ensemble with a symphonic-orchestral background – Sinfonia Varsovia Brass – made its debut in Warsaw’s Defilad Square during the “Sinfonia Varsovia to its CIty“ festival, to an enthusiastic audience reception. Several months after this acclaimed debut, they recorded this energising compilation of classical, jazz and Latin American music. The CD programme draws on the best American big band tradition, featuring tunes which are best known to the audience from the silver screen, for instance from the soundtracks of such movies as “Rocky” and “The Children of Sanchez”.