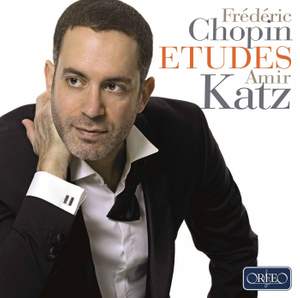 No. 2 in A Minor "Chromatique"

Vladimir Horowitz’s admissions about the twelve Etudes op. 10 and the twelve of op. 25 by Frédéric Chopin, all of which he found dreadful, or to be precise, dreadfully difficult, are both revealing and disarmingly frank: “For me, the most difficult is the one in C major, op. 10/1. I cannot play it, and the other one in C, op. 10/7, is no better. And I can’t really play the one in A minor op. 10/2 properly.” – Even if his outspoken confessions contain more of a degree of playfulness than some similar statements made by the famous Chopin performer Arthur Rubinstein, it is indeed the case that well into the 1970s the Chopin Etudes were deemed so technically difficult that it was the norm for any pianist not to play them all in public or record them in one go, but to play them one at a time like Horowitz and Rubinstein. That said, the musical ranking of the individual works has always been a matter of controversy. The fact that the complete recordings by the few pianists whose names are still familiar – Backhaus, Cortot, Arrau – are from artists who all share an interpretational style and choice of repertoire that is decidedly serious in approach could be an indication that these exponents, who after all had the necessary technical skills at their fingertips, were also concerned with the great musical context.