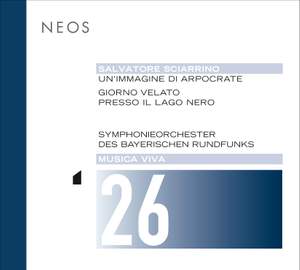 Salvatore Sciarrino was born in Palermo in 1947 and started out as a painter. He began taking composition lessons from Antonio Titone at the age of twelve, also receiving suggestions from Turi Belfiore and Franco Evangelisti.

After studying Music History at Palermo University (1966-69) he moved to Rome, where he attended a course in electronic music with Franco Evangelisti at the Accademia di S. Cecilia. He taught at Milan Conservatory (1974-77), served as artistic director at the Teatro Comunale in Bologna (1977-80), and has been on the faculty of the Conservatories in Perugia and Florence since 1978.