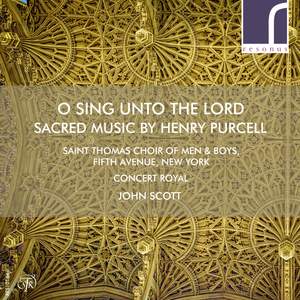 Offer, O Sing Unto The Lord

Recorded on period instruments, this collection of sacred works by Henry Purcell features some of the composer’s best-known choral works framed by the large scale works O sing unto the Lord, Z44 and the Te Deum in D major, Z232. Completing this collection is the organ Voluntary in G major, Z720, in a striking performance by John Scott.