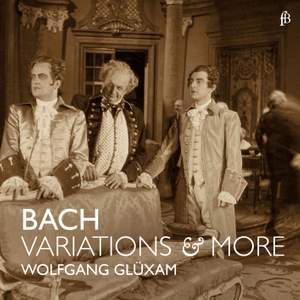 This CD of the Italian harpsichordist and organist Maurizio Croci is dedicated to keys works of Bach, which were designed for both organ and harpsichord. Frequently Bach transformed his compositions between the two keyboard instruments back and forth in order to get a better understanding of the relevant technical and idiomatic possibilities and limitations. As a keyboardist, Bach was admired by all who had the fortune to hear him and was the envy of the virtuosi of his day. The cornerstone of this album is Bach’s thirty variations. This admirable work includes a regular four part Fugue, several extremely brilliant Variations for two Claviers, and concludes with a Quodlibet, as it is called. Born in 1958 in Melk, Wolfgang Gluxam studied harpsichord with Ton Koopman at the Sweelinck Conservatory in Amsterdam and organ with Alfred Mitterhofer at the Vienna Conservatory. He has won prizes at international competitions, and has been teaching harpsichord at the Vienna Music University since 1985.