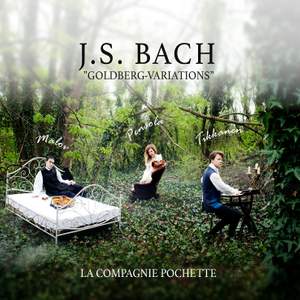 This is the debut album from the recently formed Russian-Finnish ensemble La Compangnie Pochette.” The group is made up of violinist Minna Pensola, violist Antti Tikkanen, and violin da spalls Segey Malov. For this release, they have chosen the Goldberg Variations, some of J. S. Bach’s most famous works. The three musicians have arranged the entire variations for their unique instrumentation, and this is the premiere recording of this arrangement. The Goldberg Variations was originally written for harpsichord, and consists of an aria and a set of 30 subsequent variations. The work was finished in 1741, and is named for Johann Gottlieb Goldberg, who was likely the first performer.