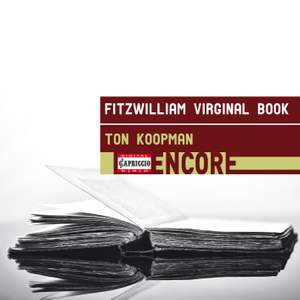 The Fitzwilliam Virginal book is one of the primary sources of keyboard music. The book, which is now housed in the Fitzwilliam Museum at Cambridge, hails from the late Elizabethan and early Jacobean periods in England. + This release features excerpts from the Fitzwilliam Virginal book from composers including Giovanni Picchi, Orlando Gibbons, John Bull, William Bird, and more. + Dutch conductor, organist, and harpsichordist Ton Koopman performs the works on this album. He was knighted in 2003, receiving the Order of the Netherlands Lion, and is currently a professor at the Royal Conservatory of The Hague.