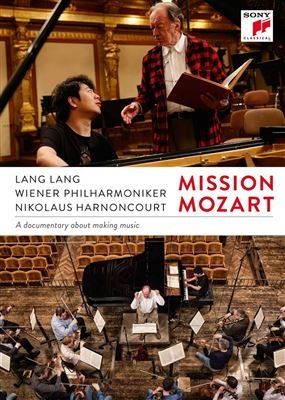 As a tribute to Nikolaus Harnoncourt Sony Classical release on DVD & Blu-Ray the TV film “Mission Mozart”. This film documented the one and only recording project between these two great musicians, recorded at Vienna’s Musikverein in 2014. The documentary shows insights into the rehearsals and preparations, as well as interviews and comments by Lang Lang and Nikolaus Harnoncourt.