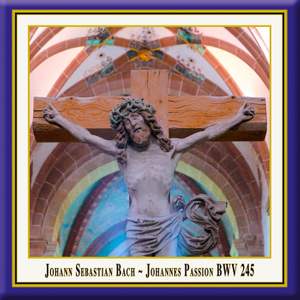 The St. John Passion is the earliest extant Passion cantata from J. S. Bach. Even among the extant Passions, only the St. John and the St. Matthew have truly preserved their original character. + The work was presented on Good Friday, April 7, 1724 during vespers at St. Nikolai in Leipzig, just after Bach’s 29th birthday. Bach edited the work over the next few years, ultimately leaving us with his final version, which musicologists believe dates to 1749. + This release is a live recording which is part of a series of oratorios, masses, and other works performed in the basilica of Maulbronn Abbey. The series utilizes the optimal acoustics of this special church to display all of the nuances and transparencies of these works in their original forms. + The concert from which this recording is taken was performed on September 26 and 27, 2015.