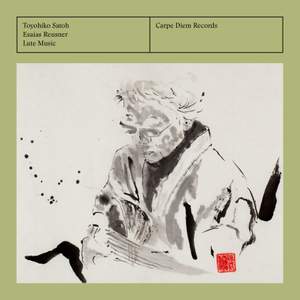 Lute Suite in A Minor: I. Allemande

This new solo album of world-renowned Japanese lute master Toyohiko Satoh features music by the German baroque composer and lutenist Esaias Reusner (1639-1679), who published two volumes of compositions for solo lute. The pieces on this CD are taken from Neue Lautenfrüchte.

Reusner’s style is as interesting as it is special and unusual, compared to works of his contemporaries. His pieces are mostly short, sober and pragmatic, showing a very clear and unostentatious attitude.

Toyohiko Satoh links this approach to the eastern idea of meditation and appreciation of imperfection (Wabi-Sabi). He delivers an outstanding interpretation far from trying to be virtuosic or impressive, but instead staying totally true to himself, letting the music unfold by itself. Reusner’s music becomes a quiet musical meditation that transcends time and space.