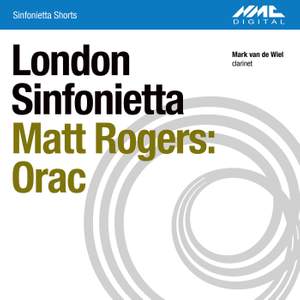 Orac is a piece of instrumental rhetoric inspired partly by the idea of early computer-generated music. It attempts to create the sense of a discreet algorithm at work, a computer program designed to give the impression that the music was written by a human composer – which of course it was, but in this case a human composer who wishes to give the impression that there is a discreet algorithm at work, which there is not. As such, the music can also be considered coded data, broadcast via soundwaves and ripe with information, ready for interpretation by any system capable of reading it. Orac takes its name from one of my favourite fictional computers, a character in the 1970s BBC Television science fiction series Blake's 7.