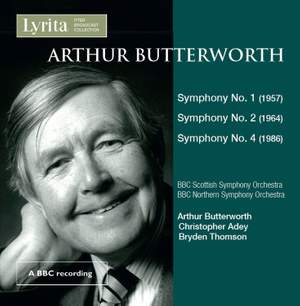 Arthur Butterworth was born in New Moston, Manchester on 4 August 1923. He became a choirboy at the age of seven, but it was the sound of a brass band performing in a park which ignited an enduring passion for music. He attended North Manchester Grammar School for Boys and in 1939 was awarded the prestigious Alexander Owen Memorial Fund scholarship which helped admit him to the ranks of the celebrated Besses o’ th’ Barn Band. After war service in the Royal Engineers, he entered the Royal Manchester College of Music, where he received tuition in trumpet and conducting and studied composition with Richard Hall. A prolific and hardworking composer, Arthur Butterworth produced over 150 scores for a variety of musical forces. He wrote mainly to commissions which were often extended by fellow musicians confident he would provide a piece for their instrument or ensemble that was both idiomatic and challenging.