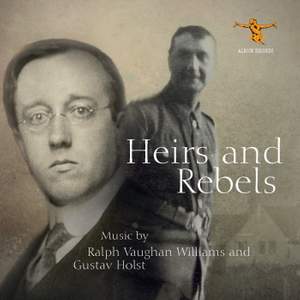 The House of Life: No. 2. Silent Noon

Vaughan Williams: For all the saints (Sine nomine)

The recordings included on this album are mainly taken from the collection of David Michell.

David was born in 1929 in Beckenham, South London, and began his passion for collecting 78s in his very early years. He was educated at Gresham School and went into a career in the railways. Retirement provided the opportunity to search for rare gramophone records with even more determination. By 2015, he had collected many thousands of discs. His records have been much sought after for reissue and Albion Records is deeply grateful to him for his support and encouragement.

David plays his beloved 78s on an enormous EMG horn gramophone which reproduces even the earliest of his discs with remarkable clarity and warmth.