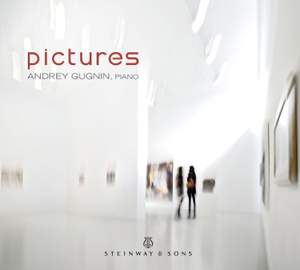 V. Ballet of the Chickens in their Shells

VII. The Market-Place at Limoges

X. The Great Gate at Kiev

Andrey Gugnin, Gold Medalist at the Gina Bachauer International Competition, presents Mussorgsky's iconic Pictures at an Exhibition in his debut album on the Steinway & Sons label.