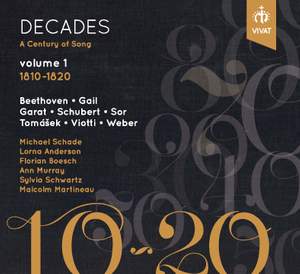 Katherine talks to the pianist about his new survey of the song literature of the nineteenth century, launching this Friday on Vivat.

The first volume in a major new recording series across which a host of world-renowned singers draw listeners, decade by decade, through a century of song, from 1810 to 1910. Each volume features a perfectly planned, varied programme performed by household names, whilst the series overall creates a comprehensive survey of song right through the nineteenth century – an invaluable teaching asset, as well as a joy for listeners.

The start of a remarkable project, allowing the listener to roam a century of European song, intelligently curated and artfully performed