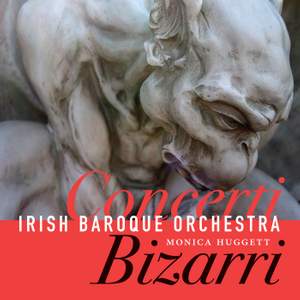 Fasch, J F: Concerto for Flute and Oboe in B Minor, FaWV L:h1

This programme of 18th century concertos is an attractive listening tour through the German courts, revealing unknown jewels.

Alongside the double cello concerto by Vivaldi and Telemann’s concerto for two violins and bassoon sit the lesser known, but equally brilliant, concertos by Graupner, Heinichen and Fasch.

One of the most beautiful combinations is the Graupner Triple Concerto for oboe d’amore, viola d’amore and flute d’amore, which produces an exquisite blend of other-worldly colours.

Wonderfully kaleidoscopic colours also pervade the concertos by Heinichen and Fasch, the latter proving just why Telemann and Bach held him in such high esteem.

Not all the music is scintillating...but the playing is lovely, with great poise from Huggett and standout charismatic bassoon playing from Peter Whelan.