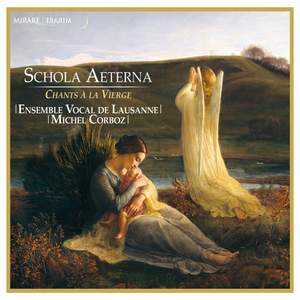 This programme stands out forcefully against the idea of a supposed rivalry between the Conservatoire and the Schola Cantorum and showcases techniques inherited from both plainsong and a golden age of polyphony by three generations of musicians. La Schola was founded in 1894 and opened on 15 October 1896 as an alternative to the emphasis on opera at the Paris Conservatoire and to foster the study of late Baroque and early Classical works, Gregorian chant and Renaissance polyphony. On this release from Mirare, esteemed choral conductor Michel Corboz leads the Ensemble Vocal de Lausanne in a collection of French music written in honour of the Virgin Mary.