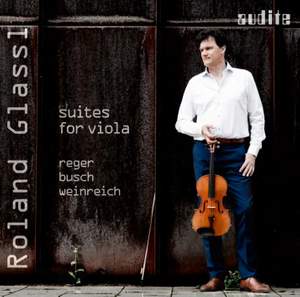 Bach’s works for solo string instruments were the model; the stylistic and virtuosic possibilities around 1900 the gauge: the works by Max Reger, Adolf Busch and Justus Weinreich were written between 1894 and 1925, so before the great 20th century flowering of solo and concerto repertoire for the viola. Weinreich’s suites of 1894 are the pioneers: a wonderful discovery and now available as a recording for the first time. Max Reger did not manage to write his planned fourth suite for the violist of the Busch Quartet: Adolf Busch, the leader of the ensemble, fulfilled his friend’s project by composing his own suite.